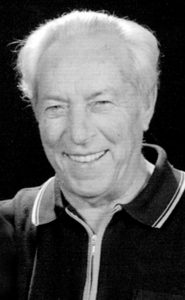 ALEC (Sandor) LOUIE SZENTES passed away peacefully at the age of 76. Al is survived by his wife and best friend of 35 years, Teri Szentes, sons Darcy Szentes, and John Szentes, daughters: April Gulevich, Kim (Trevor) Brassard, Jody Gordon ( special friend Faron), and Lori (Darryl) Anderson. Grandchildren: Tylar Gordon-Shank, Isabella Gordon, Chris (Sara) Szentes, Steven (Chelsea) Szentes, Warren (Wendy), Matea (Brendan), Taelor, Andrew and several great grandchildren. He is survived by his brother John Stuggart and sister Linda Stuggart. Alec was born on October 6, 1940 In Budapest, Hungary before immigrating to Canada in 1951 where he lived briefly in Halifax before making Lethbridge his home. Alec’s professional career was with Agriculture Alberta at the Lethbridge Research Station. Alec was an active member of the Optimist club and Elks club. He was a minor hockey league coach for several years. Al (Papa) loved his family but above all cherished his wife. The Funeral Service will be held at CHRISTENSEN SALMON GENERATIONS FUNERAL HOME, 703-13 Street North, Lethbridge, on Monday, November 28 at 11:00 a.m. with the viewing from 10:00 to 10:45 a.m. prior to the service. A private family Interment to follow service.