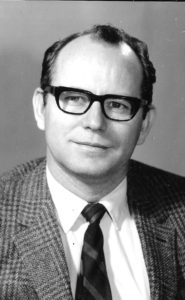 CALVIN COLUMBUS HIATT, cherished husband of Peg (Johnson) Hiatt, peacefully passed away on Saturday November 26, 2016 in the Taber hospital at the age of 87 years and 11 months. Calvin was predeceased by his son Craig Hiatt, parents Lunie and Sarah Hiatt, in-law’s Leith and Myrtle Johnson. He leaves to mourn his wife Peg, Children Alan Hiatt, Karen Bergeson, Kathy (Kevin) Thompson and James Hiatt. Also leaving his grandchildren Casandra Hiatt, David (Emily) Hiatt, and Daniel (Rebecca) Hiatt, children Abby and Ellie. Karlee (Steven) Christensen, children Isaac and James. Jamie (Todd) Bruce children Owen, Connor, Enoch, and Nathan. Brittany Bergeson, K.C. (Jessika) Thompson children Elsa, Leith. Klayton (Kelsie) Thompson. Karson Thompson. Kamryn Thompson. Dustin Hiatt, Savannah Johnston, Jared Hiatt, Emma Hiatt, Kristi Hiatt, and numerous extended family in Canada and the United States. Calvin was born at home December 26, 1928 in Surry County North Carolina, the second child of 15. In his youth Calvin and his brother where allowed to roam the hills hunting possum, rabbits and raccoons, with his dog Trailer. Creating their own entertainment with stories and tall tales, joking, pranking, singing Blue Grass music. This was at the core of his personality, his sense of humor was ingrained in him at a young age. When he joined the army at 17, Cal was assigned to the second armored Division, called Hell on Wheels, where he rose to the rank of corporal and drove a 20 ton tank. After the war Calvin attended BYU, majoring in Physical Education, and educational counselling. Here he met and married Peg (Johnson) June 13 1956. He followed his career to Canada where he loved to teach, coach, and referee. Cal’s career spanned 32 years in Alberta education, where he made many lifelong friends. Calvin was a faithful member of The Church of Jesus Christ of Latter-day Saints, emulating many callings, he found much joy in the service of others. Above all he loved his family, facilitating many gatherings over the years where he was able to express his youthful humor. Calvin, a very much loved Husband, Father, Grandfather, Great Grandfather, and friend. The family wishes to express much appreciation to the Doctors, Nurses and staff at the Taber Hospital for the exceptional care received over the last 3 months. Funeral to be held Thursday December 1st at the BARNWELL LDS CHAPEL, 498 S Ave. S. Barnwell Alberta. Meet the family from 9:45 am to 10:45 am with the service starting at 11. Burial at the Barnwell cemetery. If desired, donations may be made to the Taber Municipal Hospital or the charity of your choice.