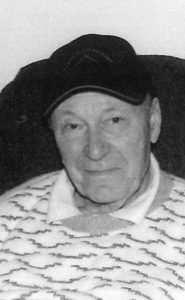 Mr. Karl Neben of Lethbridge, beloved husband of Mrs. Christel Neben, passed away at the Chinook Regional Hospital on Sunday, November 27, 2016 at the age of 86 years. Karl was born October 8, 1930 in Germany. In 1954, he married his wife Christel and they moved to Canada the same year. After arriving in Canada, they were blessed with two children and eventually lots of grandchildren and great-grandchildren. Karl will be missed dearly by his wife and family. We are thankful for the many memories to remember him by. We love our opa xoxo Besides his loving wife Christel, Karl is survived by his daughter Marita Offenbeck; his son Peter Neben and wife Michelle Neben; his grandchildren Jennifer, Andrew, Stephanie and Karla; as well as numerous great -grandchildren; his sister-in-law Elsa Lusignan and John Havlik; and nieces Bridget Lusignan and Sabrina Auer. As per Karl’s wishes, no formal service will be held. Flowers are gratefully declined. Those who wish, memorial donations may be made to The Humane Society of Canada (120 Carlton Street, Toronto, ON M5A 4K2) or to the Canadian Diabetes Association (210D 12A Street North, Lethbridge, AB T1H 2J1)