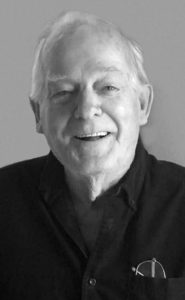 Mr. Warren Leslie Pentland of Lethbridge, passed away on November 26, 2016 at the age of 85 years. Warren was born and raised in the Fairview / Vanrena area, and was a longtime resident. Warren moved to Lethbridge in 2011 to be closer to his family. He is survived by his loving companion Kay Ek; his three daughters Sandra (Glen) Beaver, Linda (Randy) McNeil, Karen (Ross) Pentland; three sons Peter Pentland, Raymond (Bernie) Pentland, Michael (Ming) Pentland; his nine grandchildren, as well as numerous nieces and nephews. Warren was predeceased by his wife of 51 years, Joan Anita Pentland. A Funeral Service will be held at 2:00pm on Thursday, December 1, 2016 at OUR LADY OF THE ASSUMPTION CATHOLIC CHURCH, 2219 14 Ave S, Lethbridge, AB with Father Lukas Drapal, celebrant. Inurnment will take place at a later date in Fairview, Alberta. In lieu of flowers, those who wish may make memorial donations to the Heart & Stroke Foundation, Box 2211, Lethbridge, AB T1J 4K7 or the Canadian Diabetes Association, 204, 2323 32nd Ave. NE, Calgary, AB T2E 6Z3

One Condolence for “PENTLAND, Warren”