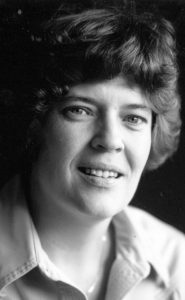 Margaret Jean Maaren of Lethbridge, Alberta, beloved wife of George Maaren, passed away peacefully after a lengthy illness on Friday, December 16, 2016, at the age of 73 years. Jean grew up in Burnaby, BC as the oldest of four siblings. Her parents were a doctor and a nurse, and Jean at first aspired to go into nursing as well; however, she ultimately decided on a teaching career. She met George in high school, and they were married on July 10, 1965. Her children, Kari and Jan, were born in 1975 and 1977. Jean was an elementary-school teacher for a large portion of her life, specialising in teaching children with learning disabilities and behavioural issues. She was passionate about working with children, especially those whom others had given up on, and her students remembered “Mrs. Maaren” long after they had passed out of her care. Even late into her illness, her face would light up when a child entered the room. Jean was kind and personable; she made friends easily and was devoted to them and to her family. She loved music and enjoyed learning crafts such as stained-glass-art making, silk dyeing, weaving, picture framing, and quilting, and she continued to discover new ways of creating beautiful things until her illness made it impossible for her to continue. She was fond of doing crosswords and beating everyone at Scrabble. Besides her loving husband, George, Jean is survived by her two daughters, Kari Maaren and Jan Maaren, her son-in-law, Paul Pan, her grandchildren, Lindsay Pan and Aaron Pan, her sister, Marian Konopski, Marian’s husband, Tom Konopski, her brother, Bill McKee, Bill’s wife, Marie McKee, her nephew, Brent McKee, her nieces, Andrea McKee and Caitlin McKee, and their families. Jean was predeceased by her parents, Margaret McKee and George McKee, and her brother, Doug McKee. A Celebration of Jean’s Life will be held at 2:00pm on Thursday, December 22, 2016 at the SOUTHMINSTER UNITED CHURCH, (Buchanan Chapel), 1011 4 Ave., S., Lethbridge, with Reverend James Grunden officiating. Flowers are gratefully declined. Those who wish, memorial donations may be made to the Alzheimer’s Society of Canada, #402 740 4 Avenue South, Lethbridge AB T1J 0N9 or to the Good Samaritan Society, 1511 15 Ave N, Lethbridge, AB T1H 1W2.