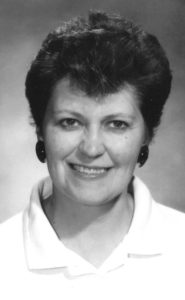 Mrs. Iris Marie Wasilenko of Lethbridge, Alberta, beloved wife of 50 years of Mr. Robert “Bob” Wasilenko, passed away peacefully after a brief courageous battle with cancer on Thursday, December 22, 2016 at the age of 71 years. Iris was the second born child to her loving parents Tom and Katie Wasylyshin on January 8, 1945 at the Borden, Saskatchewan Hospital. She attended Turtle Lake School with her sisters Darlene and Marilyn until grade 8, then was bussed to Borden High School by bus driver John Puto. Iris knew at an early age that she wanted to be a teacher. When she graduated grade 12, she enrolled at the Teacher’s College in Saskatoon much to her father’s apprehension. Finally he relented and let Iris attend. Iris spent her first two years teaching in Big River, Saskatchewan. On August 6, 1966, Iris married Bob Wasilenko whom she met at Teacher’s College. They married in the Radisson, Saskatchewan Greek Catholic Church. Being blessed they enjoyed 50 special, memorable, LOVING years together. Very special days for Iris were the days her sons Gregory Robert and Trevor Thomas John were born. Iris’ passions in life were her time spent in the classroom working with young children and her love of walking, being able to spend time talking to God and enjoying nature. However, her greatest joy in life was being married to her husband Bob and being a mother to her two sons Greg and Trevor. Besides her loving husband Bob, Iris is survived by her sons Gregory Robert of Vancouver, BC and Trevor Thomas John (Starla) of Lethbridge, AB; sister Darlene (John) Puto of Edmonton, AB and brother Melvin (Gisele) Wasylyshin of Borden, SK. Iris was predeceased by her parents Tom and Katie Wasylyshin of Borden, SK; sisters Marilyn (John) Petrun of Borden, SK and Corinne (Jeff) Baldwin of North Battleford, SK. For those who wish, memorial donations in Iris’ name may be made to the Jack Ady Cancer Centre, Alberta Cancer Foundation, 1A129, 960 – 19 Street South, Lethbridge, AB, T1J 1W5. At Iris’ request there will be no funeral service, but rather that close family be included in Graveside Prayers at the Borden Saskatchewan Cemetery.

One Condolence for “WASILENKO, Iris”