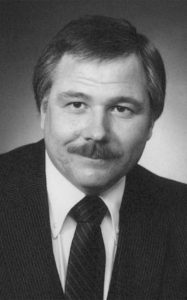 Wayne was born 7 February 1942 to Stephen and Gay Toly in Coaldale. He grew up on the family farm with his brother Allen and sisters Sona, Linda, and Pat. He served an LDS mission to Australia and would often talk about his adventures there. In 1965 he married the love of his life – Cala-Lee Wilde of Welling in the Alberta Temple. They lived in Pincher Creek where their son Monti Wayne was born. In 1973 they bought a farm in Nobleford. While living on the farm, their daughter Shea Ruita was born. These were also some of the best family times; even though Wayne farmed and had another full-time job, he and Calee made time for camping, snowmobiling, shooting, horseback riding, and swimming in the dugout. In the 80s, the family moved to Magrath where Wayne ran a successful construction business.

Wayne enjoyed working with his hands, building things for his grandchildren. He was an avid reader and supporter of the local library. Wayne participated in, as well initiated, many projects in the community and school. Wayne loved his children and grandchildren and one of his favourite things was to sit on his deck and enjoy his beautiful, award-winning yard.

He leaves behind his beloved wife Calee. He is survived by his two children Monti (Rebecca) Toly and Shea (Ryan) Van Fleet and grandchildren Ethan, Hanna, Grace and Elizabeth.