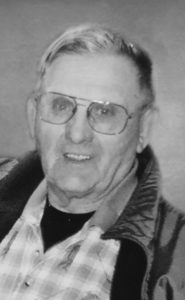 JULIUS SEILLER, beloved husband of the Elizabeth Seiller, of Lethbridge, passed away at the Chinook Regional Hospital, on Friday, December 30th, 2016 at the age of 88 years.

He was predeceased by his parents Steve and Mary Seiller, sister Elizabeth Masnyk and brother Steve Seiller.

Julius was born in Hungary and immigrated to Canada in 1930 with his parents when he was one years old and they lived in Diamond City for a short time, then settled on a farm near Kipp. Julius was the eldest of 4 children, he was educated in Coalhurst and worked on the farm until he moved to Lethbridge in 1945. That same year he began his career with Canadian Pacific Railway working until his retirement in 1986 as a Locomotive Engineer with 41 years of service.

Julius married Elizabeth Hanzel on July 18, 1956, they raised 3 sons and lived in Lethbridge. Julius was an avid outdoorsman especially hunting and fishing, after his retirement started gardening which he enjoyed until his passing.

Julius was a loving and dedicated husband and father with strong principles and a kind heart.

He will be sadly missed by all who knew him.

A Private Family Service will be held at Cornerstone.