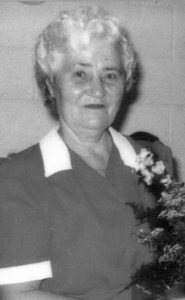 Mrs. Paraskova Tunow of Lethbridge, beloved wife of the late Mr. Michael Tunow, passed away on Saturday, December 31, 2016 at the age of 92 years. Paraskova was born in Komenenc Podolsk, Ukraine, and immigrated to Canada in 1949. She is survived by her two daughters Margaret (Alex) Michalenko and Ann (Gary) Becker; her son Walter Tunow; five grandchildren, two great grandchildren, one great grandniece, and one great-great grandniece; as well as numerous nieces, nephews and their families in Ukraine. Besides her loving husband, Michael, Paraskova was predeceased by her parents, her brother, and her sister in Ukraine. A private family service will be held.In lieu of flowers, memorial donations can be made to a charity of choice.