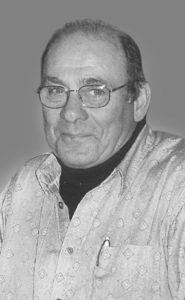 Born in Enschede, Netherlands, Robbie was a hard working stucco man. He would always put his family first, so while living in Enschede and working in Germany, he decided for a change and a better life, so he moved his family to Nobleford, Alberta in 1975. There he started a successful business, Nobleford Plastering. In 1985 he moved to Lethbridge, Alberta to start another business, Akrylon Acrylic Plasters. The acrylic business then took Rob and Nettie to Las Vegas for 10 years and then Denver for another 10 years. Everywhere Robbie settled down he was active in the community, usually through the German & Dutch Clubs, the Barons Elks Club, as well as coaching soccer teams. He always influenced people with his straight forward, no-nonsense style. Rob & Nettie retired in 2009 and moved back to Lethbridge so to be closer to his family, where he enjoyed sitting in the sun with a glass of wine.

A special Thank You to all the nurses at the CRH.

At Robbie’s request, no formal funeral will be held. A Celebration of Life will be posted at a later date.