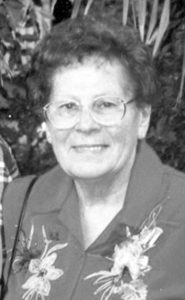 Born in Lethbridge in 1928, Mary grew up on a grain and cattle ranch in antelope country of the Sweetgrass Hills south of the Milk River near Aden, not far from the Alberta-Montana border. She learned the tough, frugal and resourceful ways of her pioneer parents and excelled in school though she hated riding her horse who was “obstinate and smelled bad” to school. She chose a career path of health care, and went to Lethbridge where she studied at the Lethbridge Galt School of Nursing. In those days, this esteemed training was so highly regarded that they did not have enough room in the dormitory for her class to sleep leading them to proclaim that they would be prepared to sleep on the floor to make certain they could get the training they needed! In 1950 Mary was awarded the degree Registered Nurse and certified to practice. She joined an elite group of Galt Grads renowned for their competence, compassion, confidence and communication and, distinguished with the tribute “White Caps and Red Roses”. Mary honed her skills as a general duty nurse in Lethbridge-area hospitals.

She fell in love with her eventual life mate Loren Warnock of Iron Springs and, they were married in snowy January 1952. It is reputed that the innkeeper in the Crowsnest Pass, where they stayed on their wedding night, told Loren he could tell they were newlyweds because he could see the twinkle in Mary’s eyes. They settled into life on Loren’s irrigation farm. Mary was no ordinary woman. She became a mother of 4 children, and was always the academic guardian for their education, an exacting mother that jobs were well done with medical precision, and a trackside coach for her daughters’ notorious success in track and field. She maintained her nursing career with service in Picture Butte’s hospital and medical clinic and a surgical ambulatory clinic. Her career was distinguished by fierce resolve to deliver high standards of nursing care to her community. All could feel confident in the bedside care of this woman who was so tolerant and respectful of persons of all ages, genders and faiths.

Not even a blizzard stopped her from going to work providing the John Deere tractor could blaze a trail for her to get to the highway. We remember her when a medical emergency happened in her rural community as the resuscitator on her knees in the mud of the field tending the injured in the field, until the doctor arrived. In her “spare” time she drove the 3-ton truck to haul sugar beets from the farm to the local receiving station prompting her to ask the aghast beet dump attendants “Are you going to just stand there, or are you going to dump this thing?!” Her meals and baking were exceptional and legendary, those recipes since tucked securely among the family secrets. She and Loren hosted community card parties, turkey raffles and school field trips for children. Mary always welcomed her growing grandchildren with open arms, showing them the wholesome experience of growing up on a farm with lots of livestock. She loved Polka music, the western show Bonanza and, Guy Lombardo ringing in the New Year with his music.

Mary, with Loren, balanced their busy lives with winter trips to the warm climate of Nevada where they enjoyed poolside lounging, gambling and touring. They relished those southern freeways in the California desert eating fresh grapefruit and Crackling Oat Bran and a juicy barbeque steak. Mary retired from her life on the farm in 2006 and, she moved to Lethbridge where she and Loren enjoyed full time retirement for 7 years. Declining health led to her moving to retirement facilities and extended care living in Calgary where she could be close to daughters Ann and Rose. The cruel progression of arthritis constantly challenged her mobility and right to be pain free, but her indomitable spirit prevailed and she walked right up to the most recent year of her life. Most of all she could still reminisce about the high standards of nursing care of which she was a pioneer and she still had a broad grin on her face when the Blue Skirt Waltz or the Pennsylvania Polka was playing!