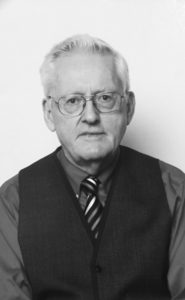 GARRY GEORGE BOWES, beloved husband of Sharon Bowes of Lethbridge, passed away peacefully at St. Michael’s Health Centre Palliative Unit in the early hours of Wednesday, January 11th, 2017 at the age of 75 years after a lengthy battle with Cancer.

Garry is survived by his loving wife Sharon, children Steven (Tracey) of Okotoks, Kristyn (Bob) of Virginia, USA, Rick (Robyn) of Saskatoon and Greg (Kendall) of Lethbridge plus his grandchildren Ashley, Mackenzie, Jackson, Isabelle, Luke, Aubrey, McKinley and Paisley. He was predeceased by his first wife Lois, father George and mother Edna.

Your care and support is great fully appreciated by the family.

In lieu of flowers please feel free to make a donation, in your name, to a charity of your choice.

Leave a Condolence for Gail and Kent