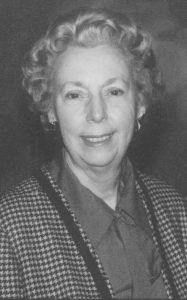 MELBA HANNAH (HANSEN) BIRCK passed away peacefully on Sunday, February 12, 2017, at the age of 93. She was born of goodly parents, James and Louise Hansen, on September 28, 1923 in Taber, Alberta. She was predeceased by her husband and eternal sweetheart Tage Birck, January 14, 1985; her parents; brother and sister-in-law Norman and Lorraine Hansen; sisters and brothers-in-law: Mildred and Howard Pearson, Howard Francis, Lucille and Ted Parks, Patricia and Ken Cutts, Jeannette Forchuk, Jay Anderson and Evelyn Lutes.

She leaves behind her sisters, Viola Francis and Phyllis Anderson; brothers-in-law George Forchuk and Bill Lutes; and numerous nieces and nephews.

Melba was raised in Taber, Alberta and met her husband in Vauxhall while she was teaching there. She always knew he was in the room. He had a way about him.

Many would know her as their teacher. She taught many grades over the years from Kindergarten to 9th grade, mostly in Vauxhall and Lethbridge, which she enjoyed immensely. Her countenance would brighten over the years when someone would recognize her and speak to her. Even in these final years, some of her caregivers had been students of hers, which also gave her comfort.

She was an avid gardener. Her yard was immaculate and loaded with many varieties of flowers and bushes. She also spent many hours preparing meals and fancy sandwiches for company and gave many hours of service to others. She was a private, but independent, and sincere individual who was concerned for the welfare of others.

She loved to read and had a great time, sharing books and stories.

She greatly loved her membership in The Church of Jesus Christ of Latter-day Saints and served in many capacities including serving a mission in Salt Lake City, Utah. Her life was one of service. She had a great relationship with her Savior and found great fulfillment as she attended the Temple.

Friends may meet the family from 10:00 – 10:45 a.m. prior to the service. Interment to follow in the Mountain View Cemetery, Lethbridge, Alberta.