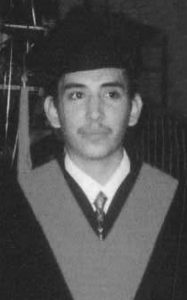 KEVIN KELLY CECIL MANY CHIEF, born November 21, 1991 at St Paul’s hospital in Vancouver, BC,. passed away in Surrey, BC on January 21, 2017. Kevin was the son of Jessie Many Chief, and the late Leonard Yellow Old Woman. Kevin was raised by his Grandmother Mary-Rose Many Chief.