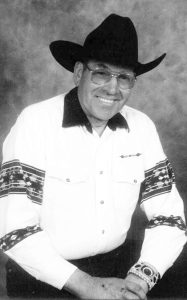 All who know Dean have been uplifted by his honesty, kindness, hard work and service in the communities wherever he has lived, also his acceptance of others no matter their life’s circumstances, his many people and animal impressions, and his fun personality. He always said that the only people in this world, who aren’t his friends, are the people he hasn’t met yet. Many young boys, who are now men, still see him as a father figure in their lives.

Dean worked at many different occupations in his lifetime, and he found success in most of things he tried. Many people know he was a great carpenter and builder of wood and men. Dean and his “boys” are responsible for some difficult home renovations, and many of the longest-lasting shingling jobs in this area. He loved being an auctioneer. He worked along side his wife, and any of his children he could talk into holding up the stuff for sale. He sold everything from a billy goat, to pies, cakes, and all kinds of services, all to fund local scouting programs and other charity events.

Dean served faithfully in his church, accepting any position asked of him. In 1996, he served a mission with his wife to Regina, Saskatchewan. They locked their doors and left their livestock in the fields, then seemingly without a worry, went out to serve the Lord and the people of Saskatchewan. Some years earlier, they served a five-year stake mission to the Blood Reserve. If you ever talked with Dean, you couldn’t go away without being aware of his strong faith in the Church of Jesus Christ of Latter-day Saints.

He announced rodeos and parades for many years, and has built some miniature replicas of important structures in our community, to remind us to never forget the things of the past. He participated in the Alberta Temple Pageant and loved playing the role of Chief Yellow Face. Dean also performed in some of the live theatre productions in our community. He climbed Old Chief at age fifty-nine, so he could be authentic when playing “the man” in the local film, “Behold There is a Place”.

Dean returned home to the Cardston Area in 1971, and has continued one his major lifetime goals, of kindness to his fellowmen. He was the Cardston Citizen of the Year in 1994. He is a true cowboy who has cast a fairly big shadow, filled with hard work, integrity, and fun. He will be sorely missed, but we are all thankful that we had the chance to know “the man”!

The Funeral Service will be held at The Church of Jesus Christ of Latter-day Saints, Cardston Alberta Stake Center (338 -5th Ave. East) on Saturday, March 18th, 2017 at 11:00 a.m., with President Jason Hartley officiating.

*If friends so desire, donations can be made to any Cancer or Diabetes foundations.