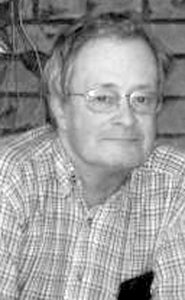 Raymond Joseph Robert Pelletier was born October 8, 1939 and passed away at the Chinook Regional Hospital on March 15, 2017 at the age of 77. Ray was born and raised in Calgary and area. After graduating from high school and while working construction jobs Ray decided to take some accounting classes by correspondence. This brought Ray to Paul Patrick’s gas station in Forest Lawn where he did the books and later became part owner. In 1966 Ray sold his part ownership in the garage to his dad and took off on a working holiday to Australia. After visiting England, Ireland and Egypt Ray returned home to Calgary in 1967 and found work at Canadian Freightways as a General Accounting Clerk. Over the 20 years he worked for Canadian Freightways he was promoted to Computer Manager, Office Manager and Controller and finally Secretary Treasurer. From 1967 – 1974 while working full-time at Canadian Freightways Ray went to the University evenings to obtain his Registered Industrial Accounting designation or as it is now called Chartered Professional Accounting. In 1987 Ray wanted a change and found work in Lethbridge as Controller with H&R Transport and in 1991 after 25 years in the trucking industry Ray made a decision to start his own accounting business which he enjoyed immensely. Ray’s prankish sense of humour will be missed by his loving wife of 48 years Janet, two sons Steven and Lyle (Tammy) and 5 grandchildren Nicholas Turcotte, Haley & Kenya Pelletier, Owen & Ethan Pelletier; Ray’s brother Bob (Lise) Pelletier and sister Sheryl Johnston; in-laws Earle (Jeannette) Hutton, Roger (Valerie) Friesen, Holly (Harry) Brander, Cameron (Norma) Friesen and many nieces and nephews. Ray is predeceased by his parents Gedeon and Marcelle Pelletier, his father and mother-in-law Hank and Anna Friesen, and his sister Jeannette Hutton. Ray took pride in work well done and each and every one of his grandchildren. He had a passion for researching his family tree and talking to his friend Denis about their investment strategies. Cremation Service have taken place and a Celebration of Life will be held in the summer of 2017. Flowers are gratefully declined. Those who wish, memorial donations may be made to the AB Lung Association (PO Box 4500 Station South, Edmonton, AB T6E 6K2) or your favorite charity.