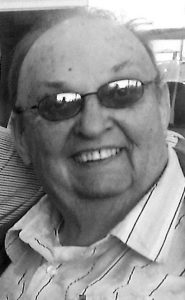 Mr. Frank G. Vasil of Coaldale, beloved wife of Mary McNab, passed away peacefully on Friday, March 10, 2017 at the age of 76 years. Frank was born in Lethbridge, Alberta on January 24, 1941. He was a member of the Royal Canadian Mounted Police from 1958 to 1970. He later returned to Lethbridge to care for his ailing mother and worked in Real Estate and as a Financial Advisor. Frank was an avid boater and an active church member. He was also an active member in the Rotary Club and Elks and was a Commissioner of Canada. Frank was predeceased by his parents Anne and George Vasil. Besides his loving wife, Mary McNab, Frank is survived by his 2 daughters Karen Hamblya of California and Charlene Vasil of Nanaimo, British Columbia; one son Dave Vasil of Kamloops, British Columbia; five grandchildren, as well as numerous nieces, nephews and their families. Vigil Rites (Prayers) will be held at 7:00PM, on Friday, March 24, 2017 at SS. PETER AND PAUL UKRAINIAN GREEK CATHOLIC CHURCH, 643 12 “B” Street North, Lethbridge, Alberta. A Funeral Service will be celebrated at 2:00PM, on Saturday, March 25, 2017 at SS. PETER AND PAUL UKRANIAN GREEK CATHOLIC CHURCH.