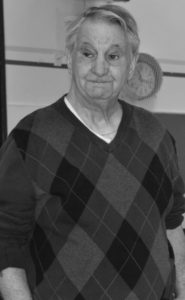 Les was called home by our Saviour at the young age of 68. Les was more than ready to go to heaven and kneel before our Saviour Jesus’ feet. Les was baptized on Valentines Day 2016 at Amazing Grace Community Church in Lethbridge and loved his church family. Les battled his lung/heart disease like a trooper, always ready to help and always with jokes and humor. Les was born in Red Deer, Alberta on June 20th, 1948 to Herbert and Nellie Wilson and was immediately name Sparky because of his beautiful sparkling eyes. These eyes saw a lot in his time on earth. He had a large heart for those less fortunate than himself. Les’ generous and caring nature extended to almost everyone he knew: his friends were his family and family were his friends. If you needed a warm heart or a dry shoulder to help you through a tough time, you could count on him. Les worked at Alpha Dairy for over 18 years and enjoyed his work and fellow employees. Les won a Canadian 1st place in a Butter making contest and was very proud of this achievement although others had to bring it up since he did not brag about this. Les loved anything to do with nature: fishing, fly-tying, hunting, camping with family and – more fishing. One of Les’ secrets was that he rode the bulls, and even though he was on the ground more than on the bulls, he did win won one event. Les was an animal lover and grew up with his Dog Brandie and his cat, Digger. Les and Dawn were married in 1988 and had one child, Robert. Those were lovely years for the family and fondly remembered. Les has one grand-child – Trinity Dawn, his “flower”. Les is survived by his wife Dawn, son Robert, grand-daughter Trinity, and daughter-in-law, Patricia, brother Ray Wilson and sister-in-law, Myra, along with many nieces, nephews, and cousins. Les was predeceased by his mother Nellie Wilson; father, Herbert Wilson; sister Norma; and his best friend and cousin Bobby Chadwick.

A celebration of his life will be held on Tuesday, May 2, 2017 at 6:00 pm at Westminster Chapel, 329 19th Street N., Lethbridge. A potluck dinner will immediately follow the service.