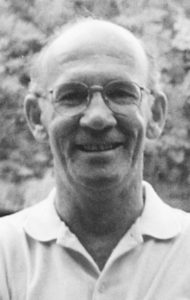 It is with great sadness that the family of Zenon Hnatiw announce his passing, after a brief illness at the Saint Michaels Health Centre, on Monday June 26, 2017 at the age of 77 years.

Dad immigrated to Canada after the war in 1948 on the ship Marine Falcon with his mother Anna, father Steve, and two sisters. They came to live in Stirling and worked in the sugar beet fields until 1958 when they moved to Lethbridge.

In 1961 dad married the love of his life Carol Shearer and shortly after that they had a daughter and then completed the family with a son.

Dads passions were classic cars, especially his 52 Chevy and later in life, his 64 Chevy Impala SS. He loved horses, and said that a Harley Davidson was the closest thing to a horse.

The best day of the week was Saturday because it was hockey night in Canada and Chinese food for supper.

He enjoyed water skiing at Blaine Lake where he taught all his nieces and nephews to waterski.

In 1980 he ventured into the optical industry by purchasing Centre Optical. Along with his wife and children, he ran a successful family business. The best part of the day was when he got to visit with the customers, and if you had a broken pair of eyeglasses he was the man that could fix it. He always told us that there was only one thing in life that he could not fix, and that was a broken heart.

He loved to plant his red geraniums and white petunias

He was predeceased by his mother Anna, father Steve and his sister Olena (Lynn) Reierson, and a brother in law Dean Reierson.

The Funeral Service will be held at the Funeral Home on Friday June 30, 2017 at 11:00am, with Deacon Frank Peta Officiating. Followed by a Meet and Greet, with Story Time from 1:00 to 3:00pm, at The Lethbridge Lodge Grand Ballroom, 320 Scenic Drive South, Lethbridge.