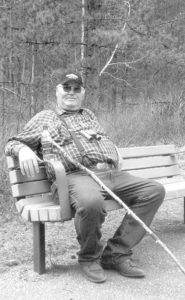 Franklin Peter Berezay of Stirling, passed away on Sunday, July 2, 2017 surrounded by his loving family, at the age of 77 years. Frank is survived by his wife Sharon of 48 years; children Tracy (Curtis) Johnson and Shane Berezay; grandchildren Bailey (Brett Egeland) Hunter Johnson; brother John (Connie) Berezay; sisters Lena Henry and Joanna (John) Van Buren; sister-in-law Donna Pyne and numerous nieces, nephews and great nieces and nephews. Frank was predeceased by his parents Joe and Annie Berezay; brother Tom; brothers-in-law Bob Pyne and George Henry; mother and father-in-law Harold and Rose Pyne. A Memorial Service will be held at 11:00am on Friday, July 7, 2017 at MARTIN BROTHERS RIVERVIEW CHAPEL, 610-4th St. S., Lethbridge, AB. Cremation followed by a private family inurnment will be held at a later date. In lieu of flowers, donations can be made to the Canadian Diabetes Association, 204, 2323 – 32nd Avenue, NE., Calgary, Alberta, T2E 6Z3