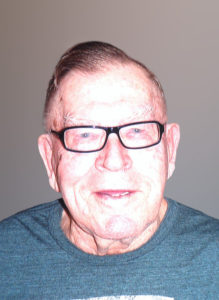 Andrew Lester Baczuk was born in Harkacs, Czechoslovakia and passed away at the Kipling     Hospital, Kipling, Saskatchewan at the age of 92 years. Andy came to Canada at the age of 4 years old and he and his family settled in the Milk River, Alberta district. Andy lived on the family farm near Milk River and the Sweetgrass Hills until he met his wife Margaret Mezaros. Andy and Margaret were married and relocated to Kipling,  Saskatchewan in 1951.

Memorial Service will be held at the Kipling Community Centre on August 1, 2017 at 2:00 p.m. with Lynette Callfas officiating.

The family will have a private interment at a later date.

In lieu of flowers and gifts,    donations to the Alzheimer        Society of Saskatchewan is     graciously requested.

Online condolences may be made at www.tubmanfh.com.               Arrangements in care of Tubman Cremation & Funeral Services.