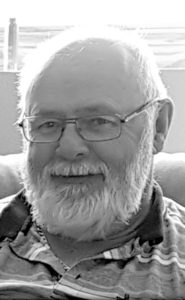 Mr. GLENN HEPPLER beloved husband of Leona Heppler of Warner, passed away at the Milk River Health Centre on Saturday, August 26, 2017 at the age of 70 years, after a short but courageous battle with cancer. Glenn was a loving husband, father, Grandpa, brother, uncle, cousin and friend. Glenn is survived by his loving wife Leona, eldest daughter Angela (Mike) Faber and grandson Brandon; and by his youngest daughter Laura-May (Kevin) Heppler. Glenn was born in Lethbridge in 1947 and raised in Warner where he lived his entire life. Glenn’s life centered on his family, friends and farming and of course his love for Guns and hunting. He was a dedicated member of many clubs and committee’s in the community. For all of those who knew Glenn, he lived his life to the fullest and without any regrets. Glenn had a great sense of humour and an infectious laugh that will be sadly missed by his family and his many, many friends. A Memorial Mass will be held on Thursday, August 31, 2017 at ST. PETER’S CATHOLIC CHURCH, 321 Main Street, Milk River at 11:00 AM, Inurnment to follow in the Warner Cemetery. Reception to follow the Graveside service at the Warner Elks Hall. Donations may be made in Glenn’s name to the Warner Cemetery Improvement Association.