Mr. Kenneth “Ken” Richard David of Lethbridge, beloved husband of Mrs. Eunice David, passed away peacefully, surrounded by his family, at Chinook Regional Hospital on Tuesday, September 5, 2017 at the age of 81 years.

Besides his loving wife Eunice, Ken is survived by his daughters, Lori (Conrad) Westerson and Shelly David; son, Cameron (Tracie) David; grandchildren, Ryan (Toni), Shaun and Shaelin Westerson, Zoe David, Jason, Jamie and Johnathan David; sister Karen Kay; great grandchild, London Westerson; sisters-in-law, Elsie (Bill) Kaval, Percy Evans, Jackie Evans, Dorothy (Clyde) Matheson and Emilie (Joe, deceased) Saban; as well as numerous nieces, nephews and their families. Ken was predeceased by his father, John David, his mother, Elena Kay; father-in-law, Joseph Evans and mother-in-law, Dorothy Evans; brothers, John Saban and Joe Saban. Dad was born on July 13, 1936 to John David and Elena Kay. A lifelong resident of Lethbridge, Dad attended Central School, Hamilton Junior High and Lethbridge Collegiate Institute. Dad worked very hard at many jobs. He made oxygen at Linde Air and was in sales at Motor Car Supply. He went on to work for the Alberta Government in the Health of Animals department, but eventually returned to sales and management at Taylor Pearson & Carson, Acklands, Oliver Industrial Supply and Custom Engine & Parts. In the latter years, Dad alternated between “retirement” during golf season and vehicle sales in the off season. He proudly served customers at Beny Chevrolet Oldsmobile, Lethbridge Nissan, Import Auto and McFadden Honda. Dad enjoyed golfing, photography, fishing, bowling and curling. He could often be found going to the picture show at the local cinemas. Aside from golf, Dad’s most frequent activity was cheering on his children and grandchildren at their athletic and artistic events. His encouraging voice and thunderous applause rang out at soccer pitches, hockey rinks, gymnasiums and theatres across our country. Dad was also an avid reader, a trait he was proud to have passed down the family line. An ardent hockey fan, Dad was a season ticket holder of the Lethbridge Broncos and a shareholder/season ticket holder of the Lethbridge Hurricanes. Until a decline in mobility made navigation of the stairs impossible, Dad and Mom occupied the same seats for every Bronco and Hurricane home game held in the Enmax Centre (Sportsplex). Those seats are still owned by the family and Dad will be happy to know that Mom will be returning to sit there this year. Dad LOVED to sing and in his youth won a number of awards in the Kiwanis Music festival. As an adult, Dad’s main interest was golf and he won many league championships and golf tournaments. A member of the Lethbridge Country Club since 1961, Dad was also a registered Data Specialist with Skate Canada and a member of the Lethbridge Senior Citizen’s Organization. He was an active volunteer in the LSCO kitchen and for the Lethbridge Figure Skating Club Our dad was a singer, loud and proud. He knew many songs but was especially known for his unique, high decibel version of Happy Birthday. Friends, family and anyone lucky enough to be at our mother’s place of employment would receive an annual reminder of this. Dad also excelled at telling stories and jokes and could be the life of any party. Dad loved to drive so the family enjoyed many car trips and camping trips. He could maneuver the trailer into the tightest campsites imaginable. He particularly enjoyed a holiday with Mom, driving the Oregon Coast, and a 2008 trip to Jamaica with his son, Cameron. Dad recently celebrated his 58th wedding anniversary with the love of his life (Dad’s words). Proud and protective, Dad/Grandpa fiercely loved his family. In return, Papa was loved. A Memorial Service will be held at 1:00pm on Tuesday, September 12, 2017 at ST. AUGUSTINE’S ANGLICAN CHURCH, 411 – 11 Street South, Lethbridge, AB., with Canon Allan McCuaig officiating. Cremation was entrusted to Martin Brothers Funeral Chapels. A private family graveside will be held in the Mountain View Cemetery. Flowers are gratefully declined. For those who wish, memorial donations may be made to KidSport Lethbridge & Taber, 1001 – 3rd Avenue South, Lethbridge, AB, T1J 0J3 or the Lethbridge Senior Citizen’s Organization, 500 – 11 Street South, Lethbridge, AB, T1J 4G7. The family wishes to thank the staff of the Heart Function Clinic, Emergency Department and Units 5A and 4C of the Chinook Regional Hospital. A sincere thank you also goes to Dr. Janzen, Dr. Ireland, Dr. Malpica, Dr. Longowal, Dr. Roberts, Dr. Latchmea and Hoyt Seitz. 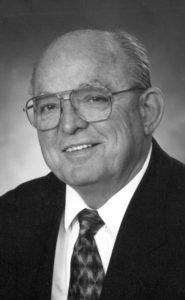