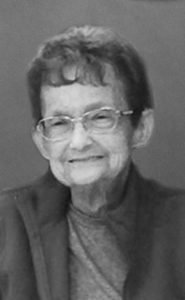 MARILYNNE JULIET TREMEL, beloved wife of the late Casper Tremel, of Lethbridge, passed away peacefully at the Peter Lougheed Hospital in Calgary, on Friday, September 8, 2017 at the age of 74 years.

Marilynne is the loving mother of Carol (Allan) Van Buuren of Lethbridge and grandmother to Ashlynne, and Braydon (Serena) Van Buuren; and Cathy (George) Loewen and grandmother to Courtney, Sarah, Caitlyn and Michelle Loewen of Grande Prairie. She is also survived by siblings Gerry (Jane) Weiler, David Weiler, Betty Weiler (Brian Alston), Bill (Maria) Weiler and sister-in-law Cheryl Weiler as well as many nieces and nephews.

Marilynne was born August 25, 1943 in Quebec City and adopted by Fred and Juliet Weiler on November 11, 1943. She was raised with her four brothers and one sister. She married Casper Tremel on March 30, 1964 and had two daughters.

Marilynne’s (Grandma T) passion for life began with her grandchildren. She was a kind and loving person who always believed in the goodness of all. She will be very much missed.

In memory of Marilynne, donations may be made to the McMan Youth, Family & Community Services, 435 – 5 Street South, Lethbridge, AB, T1J 2B6.