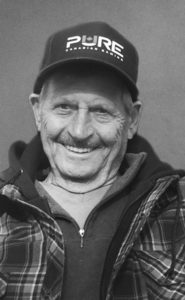 He was predeceased by his parents Max and Theresia Wagner, brother Bernard Wagner, two brothers-in-law Wilfred Scherger and Gary Delaney and parents-in-law Lawrence and Hilda Delaney.

Peter lived a life of dedication to his faith. He was a great family man who adored his grandkids. He will be sadly missed.

The Funeral Mass will be celebrated at OUR LADY OF THE ASSUMPTION CATHOLIC CHURCH, 2405 – 12 Avenue South, Lethbridge, AB, on Friday, October 13, 2017 at 1:00 P.M. with Father Lukas Drapal celebrating.

Peter will be laid to rest in Mountain View Cemetery.

In memory of Peter, donations may be made to the All Saints Parish Building Fund, 2405 – 12 Avenue South, Lethbridge, AB, T1K 0P4.

One Condolence for “WAGNER, Peter”

Leave a Condolence for Aleksandra Jovanovic