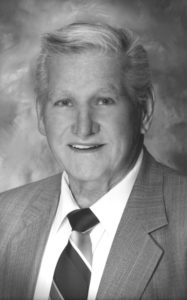 In his younger days he played in a band, Chordaires. He loved riding his Harley Davidson, as well as flying. He’s always enjoyed outdoor activities like skiing, waterskiing, snowmobiling, scouts, camping, and fishing. Playing the piano was his peace and tranquility.

He devoted his time to his work. Over the years he’s had many careers, such as CPR, CNR, Fireman, farming, irrigation, and trucking.

He was a very kind, generous man who always wanted to help and he loved his church and family. He will be forever missed.

Friends may meet with the Family prior to the service on Friday, October 20, 2017 at The Church of Jesus Christ of Latter-day Saints, PICTURE BUTTE CHAPEL, 801 Willow Ave, Picture Butte from 11:00 to 11:45 a.m. The Funeral Service will begin at 12:00 noon. Interment will follow in the Orton Cemetery, Orton, Alberta.

One Condolence for “HORNBERGER, Darol”