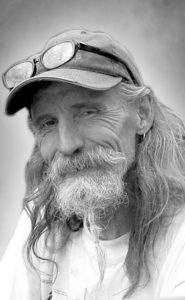 It is with heavy hearts that we announce the sudden passing of Ted Stitt on Thanksgiving Day, Monday, October 9, 2017, while visiting a good friend in Calgary.

He was born in Saskatoon in January 1957; attended Brevoort Park Elementary and Walter Murray Collegiate. He moved to Lethbridge in 1972 and continued his schooling at Lethbridge Collegiate Institute where he met many lifelong friends. He worked hard at different occupations mostly involving building and construction throughout southern Alberta and the Lower Mainland in BC. He learned how to do things right and made sure everyone who worked for him knew what a good job was and when it was well done. Cut it, fit it, caulk it, paint it and call’er done! His motto “I love what I do and you will too” was known far and wide. He was a lover of all his friends and family; an unique character who lived life on his terms and shared his hard earned wisdom with many and all; a soul so many related to. While a healthy life style was not always at the top of his agenda he made many friends along the way, more than most people. He will be missed terribly and remembered most fondly by those who called him friend, brother, cousin or uncle. The world is a lesser place without him.