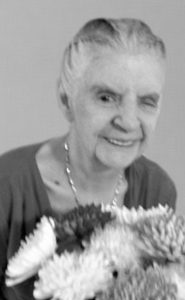 It is with deepest sorrows that our mother, ALICE LOUISE SIBBET, passed away peacefully at the Chinook Regional Hospital, on Wednesday, December 27, 2017 at the age of 78 years.

Alice was born in Nelson, B.C., on October 12, 1939, where she was raised. On October 12, 1957, she married Robert “Bob” Sibbet, and they moved to Edmonton, where Robert was employed by the City of Edmonton. In the mid ’70’s, Alice, along with Bob, helped manage the Silver Sage Motel, where Alice cleaned rooms and did regular housekeeping at the motel and managed the rooms. They eventually settled in Lethbridge in the late ’80’s, where she resided at the Heritage Lodge until her passing.

One Condolence for “SIBBET, Alice”