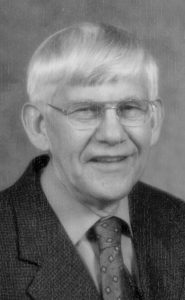 FRANK VANDE LIGT, beloved husband of Toni Vande Ligt, of Lethbridge, passed away peacefully and surrounded by his family at the Chinook Regional Hospital on Wednesday, December 27, 2017 at the age of 85 years.

Besides his loving wife of 60 years, he is survived by his children Bill (Carolann), Art, Pat (Mark) Flexhaug, Karen (Frank) Blote, Arlene (Hector) Arroyo, and Diane (Dick) Smit as well as 20 grandchildren and five great-grandchildren.

Frank was born on Feb. 2, 1932 in Wanroj, Netherlands. In 1952, at the young age of 20, he immigrated to Canada where he met and married Toni. They settled in Lethbridge and raised a family. Frank had a great love for his wife, children, grandchildren and great grandchildren. He will be sadly missed by his family and all who had the privilege of knowing him.

A Prayer Service will be held at OUR LADY OF THE ASSUMPTION CATHOLIC CHURCH, 2405 – 12 Avenue South, Lethbridge, AB, on Wednesday, January 3, 2018 at 7:00 P.M. with Deacon Frank Peta officiating.

The Funeral Mass will be celebrated at OUR LADY OF THE ASSUMPTION CATHOLIC CHURCH, on Thursday, January 4, 2018 at 10:00 A.M. with Father Kevin Tumback celebrating.

In lieu of flowers, memorial donations may be made to a charity of your choice.