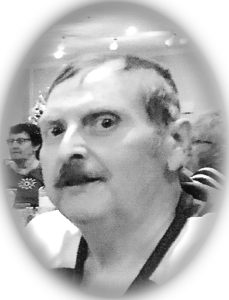 It is with heavy hearts that we announce the passing of Peter Haiav on December 22, 2017 at the Chinook Regional Hospital, Lethbridge, AB. He courageously battled illness for several years and with dignity and strength, he succumbed at the age of 60 years. Peter was born in Coleman, AB on July 26, 1957 to loving parents Pete and Ruth Haiav. Peter was a happy, friendly and outgoing person who loved to crack a joke and make people laugh. He was an avid hockey fan and assisted in the arena set-up for the Lethbridge Hurricane games and other events. Peter loved golfing, camping and made an amazing lasagne but more than anything, he treasured his family and friends. He will be loved and remembered fondly. Left to mourn his passing and celebrate his life include his mother, Ruth Haiav of Richmond Hill, Ontario; his brothers, Jim (Caroline) Haiav of Blairmore and Kenneth Haiav of Germany; his nephews, Dylan, Jeremy (Jordan); his great niece, Elise; as well as the many good friends he made along the way. He was predeceased by his father, Pete Haiav, and grandparents. With respect for Peter’s final wishes, no funeral services will be held. In lieu of flowers, memorial donations will be gratefully accepted by the Chinook Regional Hospital (960-19 St. South, Lethbridge, AB T1J 1W5). Condolences may be registered at www.fantinsfuneralchapel.ca.Fantin’s Funeral Chapel entrusted with the arrangements. (403)562-8555