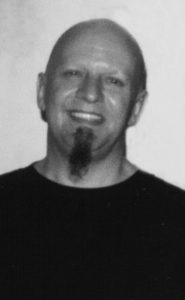 RICHARD ALAN OLER, beloved son of Sylvia Oler, passed away suddenly at home on Saturday, December 23, 2017 at the age of 53 years.

Along with his mother, Richard is lovingly remembered by his sister, Bev (Alan) Shigehiro and their daughter Marisa of Lethbridge; brothers, Ronald and Robert Oler of Lethbridge as well as Uncle Jack and Aunt Tracy Baceda.

He was predeceased by his father, Ronald Buddy Oler.

Richard was born in Moose Jaw, SK and attended school on three army bases as his father was in the Canadian Air Force. From a very young age, he had a great sense of rhythm and loved to drum on anything he could find. Music became a big part of his life and he played with many bands during his career. One of his hobbies was weightlifting which he became very good at.

Richard will be remembered as a kind and generous person. He cherished his time spent with family and friends and will be deeply missed.

At Richard’s request, no formal funeral service will be held. Cremation is entrusted to Cornerstone Funeral Home.

In memory of Richard, donations may be made to a charity of your choice.

One Condolence for “OLER, Richard”