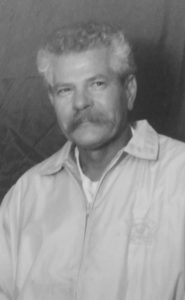 JOHN ALBERT STOTZ, beloved friend and companion of Barb Allsop, of Lethbridge, passed away at St. Therese Villa, on Wednesday, January 3, 2018 at the age of 78 years.

Some will know that John was born in Red Deer, on December 15, 1939, came to Lethbridge in 1967 and worked briefly at Purity Dairy and Canada Packers. Many more will know that he and his cherished wife Donna started Bridge City Caterers in 1970. John lost Donna to cancer at an early age, but he carried on with the business with the help of devoted staff; Betty Annonson and others as well as his loyal customers until he sold his company in 2008. He also worked tirelessly with the Hockey Hounds for many years. John’s second marriage produced his dear son, John Jr. in 1983. In 1990, his friendship with Barb took off in earnest. They spent hours golfing, fishing and going for drives. It was with her by his side that he fought to regain his health.

John is survived by his companion Barb, brother Frank (Mary) of Beaverlodge, sister Yvonne McDonald (Warren) of Red Deer, brother Rodger (Marilynne) of Stoney Plain, son John Jr. of Fort Macleod and by many nieces and nephews. He will be missed by all.

John was predeceased by his wife Donna, parents Elizabeth Siebold and John Stotz Sr., sister Betty Gray (Bill), their sons John and Sean and his brother-in-law Archie. Cremation has been completed and a Memorial Service will be held at a later date.

In lieu of flowers, donations may be made to the Chinook Regional Hospital Foundation, 960 – 19 Street South, Lethbridge, AB, T1J 1W5 will be gratefully accepted.