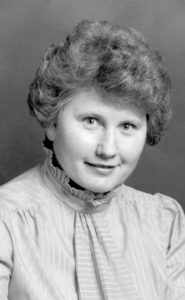 Freda Gatzky of Lethbridge, formerly of Edmonton, passed away on Monday, January 22, 2018 at Edith Cavell Care Centre at the age of 76 years. Freda was born in the rolling hills of southern Saskatchewan, in the Whiska Creek area on a farm, on a snowy November 2, 1941 evening. Her grandmother delivered her and she grew up going to school at Neville. She enjoyed sports, especially playing ball and hockey and she usually won a ribbon or two during track and field days. She attended Neville United Church, sang in the CGIT choir and was a member of our local Canadian Girls in Training (CGIT). Freda graduated grade 12 in 1960 and started her 48 year telephone career in Regina, and it was during this time she worked for Sask Tel for four and a half years as an operator and junior supervisor. Getting tired of the large city she decided to spread her wings and venture out west. Freda went to Peace River, Alberta where she was hired immediately as a mobile and radio operator. She found this particular job very interesting as it was a part of the oilfield connection. 30 years were spent in Peace River as an operator, trainer and relief manager/supervisor and she particularly loved the north for the forest parks and nature. It was during her stay in Peace River that she began selling real estate part time and she also began curling which she enjoyed very much. When A.G.T telephones shut down in Peace River, she transferred to Grande Prairie where she worked for about 7 years when the company changed to Telus. Eventually the Grande Prairie location shut down, and it was during that time that Freda moved to Edmonton and worked as a relay operator for the deaf and hard of hearing. Then when they shut down Edmonton, she had the opportunity to move to New Westminster, but her health started to fail so that is when she decided to retire. Freda loved her weekend trips to Jasper Hot Springs, which was her favorite get away. She was also very fond of Palm Springs, and Phoenix during winter holidays. Freda moved with the help of a special nephew Ed Gatzky to Lethbridge which was a huge relief to get out of the big city. She enjoyed Lethbridge and resided there until her retirement. A Funeral Service will be held at 1:00pm on Tuesday, January 30, 2018 at MARTIN BROTHERS RIVERVIEW CHAPEL, 610 – 4th Street South, Lethbridge, Alberta. Interment to follow in the Mountain View Cemetery.