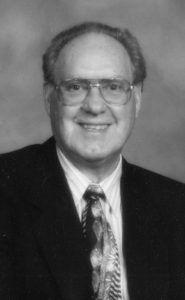 THOMAS “PHIL” STORY, beloved husband of the late Lois D. Story, passed away at Fairmont Extendicare on Monday, March 12th, 2018 at the age of 92 years.

Phil is survived by his son Peter (Denise) Story of Lethbridge and his daughter Patricia (Bruce English) Story of Edmonton; his three grandchildren Cathryn, Matthew and Jane. He is also survived by his sister Madeline Wylie of Saskatoon and numerous nieces and nephews.

He was predeceased by his parents Robert Henry and Sarah Jane Story, as well as his two brothers Bill (Lois) Story and Bob (Millie) Story, sister Florence (Glen) Jones and brother-in-law James Wylie.

Born on a farm near Netherhill, Saskatchewan, Phil grew up working on the farm with his siblings. After graduating high school, he worked at numerous jobs around Saskatchewan and Alberta. He eventually settled in Lethbridge, working as a lab technician in the entomology department at the Lethbridge Research Station. He stayed there for 35 years.

Phil was an active member of the First United Church for many years. This lead to him becoming quite involved with volunteering at the soup kitchen on a regular basis. He also volunteered with numerous organizations around Lethbridge. Phil enjoyed gardening, bowling, camping, cooking, and playing cribbage with friends. He was very active in theatre and musical theatre in Lethbridge as a member of Coaldale Little Theatre, Attic Theatre, Lethbridge Musical Theatre, and Playgoers for over 35 years. After his retirement at age 61, he and Lois travelled extensively throughout Canada and the U.S.A.

Phil was a wonderful person who was warm and welcoming to everyone he met. He loved to laugh and loved a good joke. He was a devoted husband, father, and grandfather to us. We will miss him dearly.

One Condolence for “STORY, Thomas”