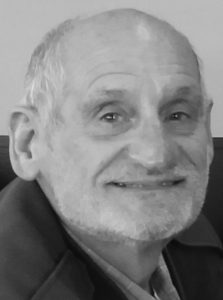 Sadly, Glen passed away peacefully in hospital on April 4th after a courageous battle with cancer. He was predeceased by his wife of 58 years, Ann-Mari and is survived by his daughters Judy (Bob), Linda and his three granddaughters, Lauren, Alycia and Rebecca.

Glen was a proud prairie boy, raised in Lethbridge, who joined the RCAF at a young age, pursuing a career as an avionics technician. He met a young Norwegian girl who was visiting family in Lethbridge and together his military career took them across Canada and to Europe until they settled in Victoria upon retirement.

Glen’s interests were computers and everything electronic and he had every tool that one could imagine to fix everything and anything. He was at his best when he had a project, the more challenging the better.

In the later years he enjoyed his daily lunch visits to Romeo’s in Broadmead, visiting with Gary and the staff, who made him feel at home.

Many thanks to the staff at both VGH and Royal Jubilee Hospital for their excellent care and attention during his extended stay.

At Glen’s request there will be no funeral. In lieu of flowers, donations to cancer research would be greatly appreciated.