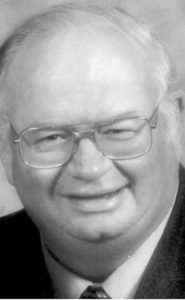 Thomas (Tom) Frederick Hart, beloved husband to the late Grace Hart, passed away after a prolonged illness June 10, 2018 at 76 years of age. Tom was active in all aspects of scouting including planning international Jamborees for which he received the Queen Elizabeth II Golden Jubilee Medal (awarded by the Governor General to those who contributed to public life). He loved politics and was an active member with the Conservative Party of Canada in both Calgary and Lethbridge. Tom was also very involved in the Anglican Church lay ministry. He enjoyed helping people and often gave rides in his favorite convertible to those needing transport to get groceries or to appointments and services. Tom spent most of his working life in the insurance industry including running Hart Agencies in Calgary. After retiring, he and Grace moved to Lethbridge where they were heavily involved in the Lethbridge Newcommers Club. Tom was born in Calgary to Edgar and Mary Hart and is survived by step children Joanne McLeay and Rodger McLeay: grandchildren Devin (Laurie) Linnington, Kristy Linnington and Dustin Linnington and great grandson Shayden as well as his uncle and aunt Don and Gloria Moore and several cousins and their families. Friends and family can pay their respects at the funeral service, officiated by Rev Steve Bateman, on Wednesday, June 20 at 2:00 p.m. at St. Augustine’s Church in Lethbridge; 411 11 St S. His ashes will be interred later in Calgary at St. Barnabas Church burial site next to those of his wife Grace who predeceased him in 2013.