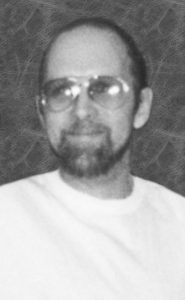 ROBERT BENNY OLER, beloved son of Sylvia Oler, passed away suddenly at home, on Sunday, June 17, 2018 at the age of 59 years.

Along with his mother, Robert is lovingly remembered by his twin brother Ronald, sister Bev (Alan) Shigehiro and their daughter Marisa. He is also survived by his aunt Tracie and uncle Jack Baceda.

He was predeceased by his father Ronald Buddy Oler and brother Richard.

Robert was born in Claresholm and attended school on four Air Force bases as his father was in the service. Robert was an Auto Mechanic and Certified Partsman.

At Robert’s request, no formal Funeral Service will be held. Cremation entrusted to Cornerstone Funeral Home.

Donations may be made in Robert’s memory to a charity of one’s choice.