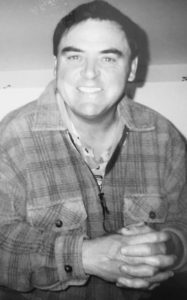 Allan was born on October 9, 1949 to Benson and Hazel Park in the log house on their family farm west of Dungannon, Ontario. He attended school in Dungannon and after finishing school, he worked on the farm with his dad and with other area farmers. On October 10, 1965, the day after his 16th birthday, his brother Larry drove him and three of his friends to the train station in nearby Stratford, Ontario and the four boys headed West.

Allan immediately fell in love with Southern Alberta and was proud to call it home. Although he never forgot his family history and where he came from, he embraced his life and the history that preceded him here. Allan met the O’Sullivan family upon his arrival to the Fort Macleod area. He was welcomed as a family member and learned the art of concrete which became his craft.

In 1971 Allan married Cathy Buzunis. Together they raised two daughters, Angela and Leanne and later two grandsons, Nicholas and Eric who were the absolute light of his life.

Allan was a sports fanatic, a lover of every sport, especially hockey, baseball and boxing. He had an affinity for Muhammad Ali, the Montreal Canadiens and was known to be a “walking encyclopedia” for virtually any sport.

In life and in sport Allan believed in equal opportunity for all. He derived great pleasure from watching kids enjoy themselves and made a point of ensuring that everyone got to have FUN.

A Celebration of Allan’s Life will be held at 2:00pm on Thursday, July 12, 2018 at the FORT MACLEOD AND DISTRICT COMMUNITY HALL, 301 – 25 Street, Fort Macleod, Alberta. Interment will be held prior at 1:00pm in the Fort Macleod Cemetery, with the Right Reverend Sidney Black, officiating.

For those who wish, memorial donations in Allan’s name may be made to Kidsport, 1001 – 3 Avenue South, Lethbridge, Alberta T1J 0J3.

Please feel free to meet at the cemetery gates at 12:45pm on Thursday to walk along side Allan as he is laid to rest.