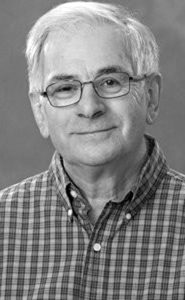 It is with great sadness that we announce the passing of LCol (Ret’d)RG (Bob) Girard, CD, of Lethbridge, AB. on July 16, 2018. Bob is survived by his wife of 10 years, Nadine, step daughter Kara Carriere (Ryan), step son Michael Bazylewski (Jennifer) and five loving grandchildren, Mya, Alex, Jesse, Lucius and Mason. As well, Bob has family members in both Ottawa and North Bay, Ontario. Bob was born in North Bay on June 15th, 1941 and is predeceased by his father Dan Girard, and mother Ray. Bob was very proud of his service to the Canadian Forces as a Military Chaplain and some of his many postings included Chilliwack, BC, Greenwood, NS, Petawawa, ON, Cold Lake AB. He also served as Command Chaplain of the Army, Europe, and the Air Force. Upon retirement from the CF he became Director of Pastoral Services at St. Boniface Hospital in Winnipeg, MB. After moving to Lethbridge Bob sat on a number of Boards including Covenant Health and Lethbridge Housing. At a date yet to be determined there will be a Prayer service at Beechwood’s Interfaith Sacred Space in Ottawa. This is significant as Bob was the catalyst for the stained glass window that is now in that Sacred Space. As Bob spent his last days in St. Michel’s in Lethbridge he spoke of the time he sat on the board of Jocelyn House in Winnipeg. It was his dream to improve the availability of hospice beds for those in need. Bob gave to many charities throughout his life, and would be honoured to have donations made in his name to Jocelyn House Hospice, Winnipeg. info@jocelynhouse.ca or to a charity of your choice. Bob’s strength of character and sense of humour shined bright his whole life, and never faltered to the end. He continued to show his love and kindness to everyone. He is gone too soon, and will be greatly missed by many.