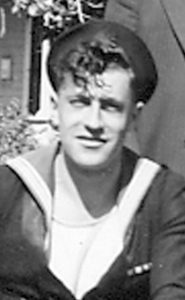 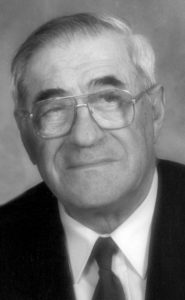 Beloved husband of Victoria (Vicky) Credico of Lethbridge Alberta passed away peacefully on July 25, 2018 at the age of 94 years. Born at San Giovanni in Galdo, Campbasso, Italy, September 17, 1923 to Luigi and Maria Incoranata Credico. He immigrated to Canada in 1926 with his mother and older brother. He was raised and educated in Lethbridge at St.Basil’s and St. Patrick schools. At sixteen he was employed at Catelli’s and then in the dairy industry for over 60 years; Crystal Dairy, Union Milk Co, Silverwoods, and Alpha Milk where he retired in 1988. John served in WWII for 3 ½ years in the RCNVR as a telegrapher, spending 27 months on board ship mostly on North Atlantic Convoy duty. He served with the 33rd FLD SQD-8th FLD REGT. RCE (M) and the 18th FLD REGT RCA (M). Following his WWII and post war Reserve Army service he was awarded the CD with clasp which recognizes exemplary service to his country. He was a member of the former Miner’s Library Club, Royal Canadian Legion Branch 4, IOOF Lodge No 2, as well as the Romulus and Remus Italian Canadian Club. Besides his loving wife of 72 years, he is survived by his sons: Duane of Bari, Italy and Dale (Caroline) of Vancouver; 3 grandchildren; his sister, Gelina Demers of Calgary; and numerous nieces and nephews. John was predeceased by his parents; his brothers and sisters in law Nick (Theresa), Victor (Frances); and his sister and brother in law Lidia (Steve) Supina. John was a caring and loving husband and father. He loved his garden and was found to exaggerate the size of his vegetables. A Prayer Service will be held at 7:00pm, Tuesday, July 31, 2018 at MARTIN BROTHERS RIVERVIEW CHAPEL, 610 – 4 Street South, Lethbridge, AB. A Funeral Mass will be held at 10:00am, Wednesday, August 1, 2018 at ST. BASIL’S CATHOLIC CHURCH, 604 – 13 Street North, Lethbridge, AB with Father Kevin Tumback officiating. Interment to follow at Mountain View Cemetery, 1210 Scenic Drive South, Lethbridge, AB. In lieu of flowers, if you wish, you may donate to the Parkinson Association of Alberta, 120 – 6835 Railway Street SE, Calgary, AB T2H 2V6 or the Lung Association, Alberta & NWT, P.O. Box 4500, Station South, Edmonton, AB T6E 6K2.