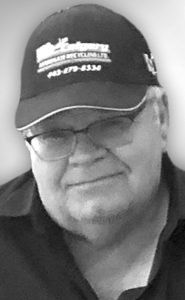 John Dorchak, beloved husband of Sue Dorchak (nee Lloyd) of Calgary, AB, passed away on Wednesday, July 25, 2018 at the age of 62 years. Besides his loving wife Sue, John is survived by his beloved daughter and son-in-law, Melinda and Dennis; his grandchildren, Teygan and Payton; his mother, Lillian and her husband, John; his brother, Vete; his niece, Jaclyn; and numerous extended family and friends. John was predeceased by his father, Doyle. Funeral Services will be held at McINNIS & HOLLOWAY (Deerfoot South, 12281 – 40th Street S.E., Calgary, AB) on Sunday, August 5, 2018 at 2:00 p.m. Reception to follow at the funeral home. Condolences may be forwarded through www.mcinnisandholloway.com. In lieu of flowers, memorial tributes in John’s honour may be made directly to an animal charity of donor’s choice. In living memory of John Dorchak, a tree will be planted at Fish Creek Provincial Park by McINNIS & HOLLOWAY FUNERAL HOMES, Deerfoot South, 12281 – 40th STREET S.E., Calgary, AB T2Z 4E6, Telephone: 403-203-0525.