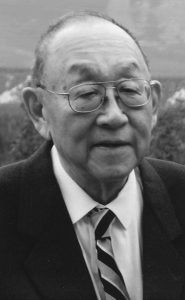 Robert Kazuo Teshima of Calgary, AB, passed away on August 27, 2018 at the age of 81 years. Robert worked at the University of Alberta until he moved to Calgary in 2014. He enjoyed playing duplicate bridge and was an avid sports fan, supporting the Cleveland Indians, Cleveland Browns and Edmonton Eskimos.Robert is survived by his brother-in-law, Mike Kitagawa; niece, Susan Kitagawa of Calgary; nephews, John and Carmen Teshima, Paul and Tammy Teshima, and Nikolai and Anita Teshima, all of Toronto. The family would especially like to thank Roger Teshima for looking after all of Robert’s medical appointments. Robert was predeceased by his brother and sister-in-law, Ted and Ikuko Teshima and sister Amy Kitagawa.A private family service will be held. In Lieu of Koden and flowers, the family would appreciate if you kept them in your thoughts. Condolences may be forwarded through