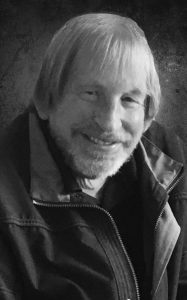 Mr. Frank Vidmar of Hanna, formerly of Lethbridge, passed away suddenly in Hanna, on Monday, August 27, 2018 at the age of 63 years.

Frank was born and raised in Lethbridge. He started his career with the Government of Alberta as a surveyor in 1974 and advanced to his present position in Hanna. Frank had an interest in sports, model building, he was very proud of his garden, and his love of NASCAR took him to Las Vegas Motor Speedway and Chicagoland Motor Speedway. He particularly enjoyed visiting Slovenia with his mother to get a taste of his heritage.

Besides his father Jernej (Jerry), Frank was predeceased by his brother-in-law Steve Korby.

A Celebration of Frank’s Life will be held at 1:00pm on Friday, September 7, 2018 at MARTIN BROTHERS RIVERVIEW CHAPEL, 610 – 4 Street S., Lethbridge, Alberta. A graveside service will follow in the Mountain View Cemetery.