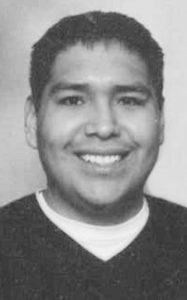 It is with heavy hearts the family announces the passing of our beloved ALROY JOHN CREIGHTON JR. Alroy was born on January 10th, 1983 and passed away suddenly at the age of 35, on August 28th, 2018 in Calgary, AB. Alroy was raised in Calgary where he attended elementary through to high school, he also attended Mount Royal University. While in elementary he joined the running club and participated in many racing events throughout the city. In his earlier childhood years, he participated in the treaty 7 summer games where he excelled in track and field, soccer, and baseball, taking home 3rd place with his sister Lennie. Alroys strong character, old spirit and humble soul shone through at a very young age. He was a very helpful, thoughtful and loving young boy. Always making it a point to ensure his mother, Angela Cutter (whom he cherished), was ok. Not wanting her to be too overworked. He would often take the lead in cleaning. Even telling her to relax and rest at times. As he grew he travelled with his parents to various basketball tournaments, as well as many family functions. He enjoyed summer vacations and family trips to B.C. and the U.S.A. As he matured he became an avid basketball fan developing a flawless 3-point shot. He played for the Calgary Eastview Basketball Association for 3 years, also winning the provincial championship with his team. His biggest fan, always in tow, was his Grandmother Mary Standing Alone. You could hear her cheering her 3 grandsons (Jr, Devon & Ryan) on and yelling out “Geh, Niitakit!” He also played for his high school team “The Thunderbirds” dominating the courts and taking the win. He also played with team Skyforce in numerous basketball tournaments with his dad, Lawrence B.S.H, brothers, cousins and uncles. Throughout his teen years he developed a love for drumming and sang with the Plains Indians drum group, attending performances and pow wows throughout Alberta. He was also an active participant in the partnership between the Plains Indians Cultural Survival School with Glenbow Museum and the formation of the exhibit “Circle of Honour: Our Heroes Give Us Hope”. Alroy attended the Trade Winds to Success program in Calgary Alberta obtaining a Carpentry Journeymen 1st year certificate in 2011. He also attended and completed the Another Way Program in 2016 and the Lifeskills Program in 2017 on the Blood Reserve. Alroy was very creative and had a passion for drawing, writing poetry and his own lyrics. He also had a profound love for music, anything that resonated with life and experience. Alroy was a unique and deep thinker often able to pick others up when needed. He always knew what to say and was very wise in his humour and choice of words. Alroy was a caring, loving, humble man with a heart of gold. Always helping others when they needed it and never expecting anything in return. He always made himself the centre of jokes often responding with his “Tssaaa…” n laughing. His laugh was a contagious, joyous one always leaving you with a smile. Alroys pride and joy was his children and the love of his life Jessie Morning Bird, whom he loved more than the heavens themselves.