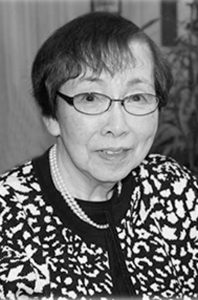 It is with deep sorrow that we announce the passing of our dear wife, mother, grandmother and friend to the community, TOSEKO DIMPLES INABA, nee Matsuno.

Dimples was born on February 20, 1933 in Hiroshima, Japan. She came to Canada in the early 50s and soon started to work as a Floral Designer in Calgary in the late 50s. It was at the floral shop where she met her future husband Frank, whom she would marry on January 9, 1965 in Lethbridge at the First United Church. They then gave birth to two sons: Wesley (1966) and Trent (1972) who were both raised in Southern Alberta.

Dimples was active in the Lethbridge community to forward the Japanese culture as an active instructor of Japanese dancing (odori) and creative arts (doll making). Her art work is recognized as far away as the Devonian Gardens near Edmonton and at the heralded Japanese Gardens in Lethbridge. She enjoyed spending time with her entire extended family. In addition to her husband and two sons, she is also survived by two grandsons, Connor and Caden.

Thank you to the response Emergency Medical Team, and doctors/staff at the Chinook Regional Hospital for your time and consideration.

A Private Family Service has been held.

One Condolence for “INABA, Toseka Dimples”