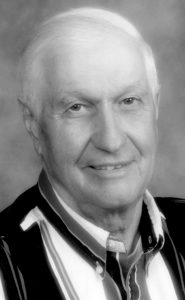 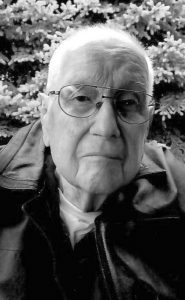 Frank Joseph Sander, born June 20, 1920 in Enchant Alberta the 3rd child of Kasimir and Lucy Sander. He attended Enchant school for 12 years. In 1939 he harvested his first crop and received 65 cents a bushel.

In 1941, Frank was medically discharged from the army. In 1944 he met Elaine Haller and they were married on November 15 of that year. He moved a house from Travers onto his home quarter at Enchant where they raised 6 children. In the early years Frank and Elaine had a family band with Frank on the violin. They entertained for dances at Enchant, Retlaw, Sundial and Hays.

Frank was very involved in the community. He belonged to the Lions Club, was president of the Home and School, on the sports committee, the Chamber of Commerce, secretary of the community library, secretary of the Golf club, on the telephone board, board member for the BRID development, on the irrigation council, drove school bus for 15 years and umpired baseball for many years.

They lived in Enchant for 27 years and in 1967 they moved to Lethbridge where Frank worked at various jobs, as a gardener at the Correctional Institute, shift supervisor at Trans Canada Freezers, as the manager of the Miners Library, and he also volunteered his time to umpire Little League baseball.

In 1982 they moved to their acreage near Wilson siding and Frank retired in 1984. Frank was very active with the Coaldale Seniors and was president for 10 years. Frank and Elaine continued their family band and entertained at many seniors centres.

After a lengthy stay in the Lethbridge Regional Hospital Frank moved to the Coaldale Extended Care in October 2015 where he was loved and cared for.

Frank was a kind, gentle man, always polite and always happy to have family and friends drop by. He was very patient, especially with his grandchildren letting them crawl all over him. His mind and recollections of people and events was remarkable and remained so until his final days.

Frank was the glue that held the family together. He was a devout Christian and was dearly loved by his family. He will be truly missed.

Family and friends are invited to come together for fellowship and refreshments at the Coaldale Seniors Centre on Friday, September 14th from 2-4 p.m.