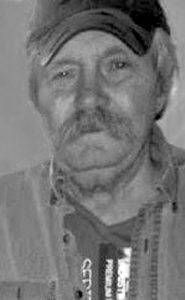 Thomas “Tom” Wardman
1951 – 2018
Tom was born in Lethbridge, Alberta on October 27, 1951 and passed away on September 25, 2018 at the age of 66 after a long battle with cancer. Tom spent his high school years at Winston Churchill High School and later graduated from LCI. He met Jo-Ann in June of 1969 and they were married on September 4, 1971. He then worked at King Electric where he apprenticed and became a journeyman electrician. Following King Electric, he then went on to become a master electrician and later worked at ADRI and for the Lethbridge Research Centre which he retired from in 2006. Tom enjoyed spending his summers being outdoors in Lundbreck, Alberta with his family and friends. Tom is survived by his wife Jo-Ann; children Thomas (Lindsay) of Stoney Creek, Ontario and grandson Andrew; Kimberley (Warren) of Edmonton and granddaughters; Alexa, Rylee, and Jordyn; sister Verna (Roger) of Calgary; sister in law Betty (Mike) of St. Albert, as well as numerous nieces, nephews and their families. Tom was predeceased by his parents Tom and Faye Wardman. A Celebration of Tom’s Life will be held at 11:00am on Friday, September 28, 2018 at the MARTIN BROTHERS RIVERVIEW CHAPEL, 610 – 4 Street S., Lethbridge, Alberta, with Reverend Eva Stanley officiating. A private family graveside was held in the Mountain View Cemetery. Cremation entrusted to Martin Brothers Funeral Chapels. For those who wish, memorial donations in Tom’s name can be made to the Red Cross Health Equipment Loan Program, 335 Columbia Boulevard West Lethbridge, Alberta T1K 5Y8 or Jack Ady Cancer Centre, 960 – 19 St South Lethbridge, Alberta T1J 1W5.

One Condolence for “WARDMAN, Thomas”

Leave a Condolence for Catherine and Laurier Vachon