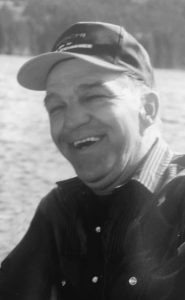 RONALD DWIGHT “RON” HOLT, beloved husband of Virginia Holt, passed away peacefully at the St. Michael’s Health Centre on Thursday, September 27, 2018 at the age of 75 years after a courageous eight-month battle with lung cancer.

Ron was born in Regina, Saskatchewan on January 17, 1943 and moved to Sidney, BC with his family at age six. In 1968, Ron and Virginia moved to Lethbridge where he worked in the plumbing and gas fitting industry. Upon retirement, they enjoyed their winters in Parker and Yuma, Arizona where they made friends with a lot of folks.

At Ron’s request, there will be no formal funeral service.