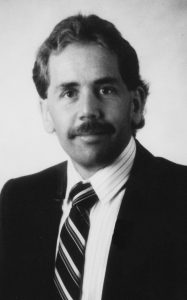 CHRISTOPHER THOMAS CLIFTON passed away on Saturday September 29, 2018 in Calgary following a brief illness. Chris was born on February 3, 1957 in Magrath. He graduated from Magrath High School in 1975 and shortly after moved to Lethbridge, where he lived until his passing. Chris had always been active in sports, especially enjoying basketball and slow pitch. He worked as a correctional officer at the Lethbridge Correctional Centre from 1983 until his retirement in 2015.

On February 13, 1989, he married Carol Skretting in Honolulu, HI. They had two children, Brett (Kimberley) of Lethbridge and Kennedy (Michael Klein) of Sparwood, BC. Chris was a busy and caring father, always finding time to participate in his children’s educational, athletic, and personal endeavours. He was a proud grandpa to Penelope and enjoyed a special friendship with his Yorkie, Mizuno.

After his retirement, Chris liked to work on projects in his own home and was always willing to help out his kids and friends. He was a particularly talented and enthusiastic military and genealogical researcher and had recently collaborated with an Ottawa-based historian and filmmaker, as well as a France-based historian and author.

Retirement gave Chris the time to travel and he had the opportunity to make several trips, visiting historical sites in France, the UK, Belgium, Italy, and the Netherlands. In addition to this, he took in many Major League Baseball games with the goal of seeing every team. Chris often stated that no matter where he went in the world, he always seemed to find someone he knew from Southern Alberta.

Chris was predeceased by his parents, Bert and Catherine (Kitty) Clifton and his brothers, Ray and Allen.

It was Chris’ wish that there be no formal service, flowers or other like tributes. If you would like to honour his memory, you could do so by making a donation to the Lethbridge and District Humane Society, 2920 16 Ave N, Lethbridge AB T1H 5E9 or the animal related charity of your choice.

Chris will be interred in the Clifton/Bennett family plot in the Magrath Cemetery at a later date.