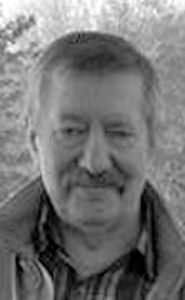 It is with deep sadness that we announce the passing of Dr. Viktor Titov, beloved husband, father, and grandfather. He leaves behind Valentina, his wife of fifty-one years, his daughters, Olga Kovalchuk, and Lyubov Titova, his sons-in-law, Igor Kovalchuk, and Artur Teymurazyan, his grandchildren, Anna, Alexander (Sasha), and Gregory, and his brother, Vladimir. He was predeceased by his parents, Viktor and Lyudmila, and his brother George. He was born in 1946 in Ukraine. In 1967, he married his high school sweetheart, Valentina. Most of all in his life, he enjoyed spending time with his family. His daughters and grand-children will forever cherish their memories of him, especially all the games and long walks. Most of all, they will miss and remember his loving kindness and generosity. Always a scientist, he has inspired his children and grand-children to pursue learning, to always ask questions and never take anything for granted. Both his daughters and grand-daughter followed in his footsteps and became scientists. Viktor studied engineering and chemistry, receiving a Ph.D. in chemistry from the Moscow State University. Over his long and distinguished academic career, he has taught chemistry and biochemistry at three universities in Ukraine, having trained countless graduate and undergraduate students, many of whom stayed in touch with him over the years and will remember him fondly as a teacher and a mentor. In 2003, he moved to Canada. He and his wife made a new home in Alberta, which he came to love deeply. Here, he continued his career as a research scientist at the University of Lethbridge. He was the rock of the family, always there to help and support others, and will forever be in our hearts. Over the past fifteen months, he struggled with lung cancer. His family is enormously grateful to the medical teams at the Tom Baker Cancer Centre, the Jack Ady Cancer Centre, and the Moffitt Cancer Centre, as well as the continuous support of his family doctor and the palliative care team. As we mourn, we ask that you kindly send donations in lieu of flowers to POET (Precision Oncology Experimental Therapeutics) program, either online at https://netcommunity.ucalgary.ca/ViktorTitov or through a cheque addressed to the University of or through a cheque addressed to the University of Calgary with the memo: POET, 2500 University Drive NW, Calgary Alberta T2N 1N4. The memorial service and Vigil Rites will be held at 7:00PM on Sunday, October 28th, 2018 at the MARTIN BROTHERS FUNERAL CHAPEL 610 4 Street South, Lethbridge Alberta T1J 4P3. A Funeral Service will be held at 11:00AM on Monday, October 29th, 2018 at the MARTIN BROTHERS FUNERAL CHAPEL 610 4 Street South, Lethbridge Alberta T1J 4P3, with Father Antonie Ciobanu officiating, follow by the Burial Service at the Mountain View Cemetery. Afterwards, a memorial meal will be held at the ASSUMPTION OF THE HOLY VIRGIN ORTHODOX CHURCH 907 9th Ave N, Lethbridge, AB